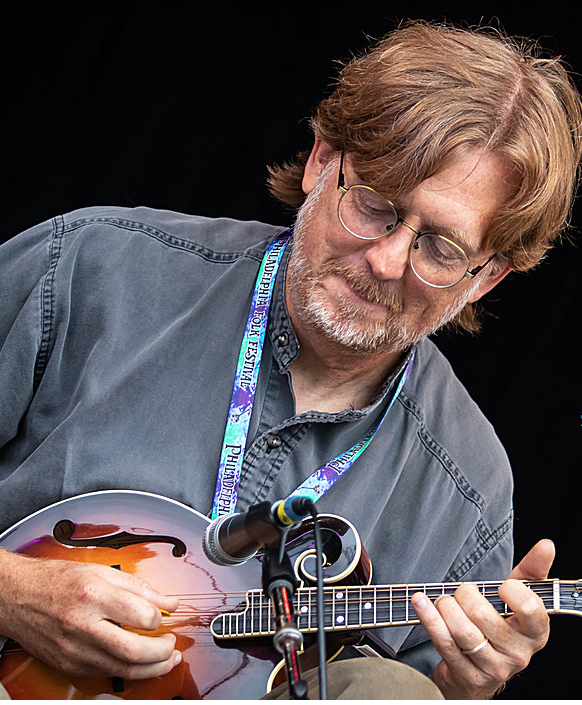 Russ Rentler @ the Half Moon Cafe

Singer, songwriter, and multi-instrumentalist, Russ has been playing music since he got his first ukulele in 5th grade with S+H Green stamps. He played music through grade school, high school, and college. On his first night at Moravian College, he met John Gorka at an open mic, and soon formed a band that played for the four years they were in school. Russ continued to perform when he went to medical school, and even when he became a physician. He contributed to Gorka’s CD, Gypsy Life, and recorded six of his own — the last two achieved top airplay on folk radio DJ lists, and NPR’s CarTalk aired his song “New Car Smell.”In 2016, Russ retired from medical practice and began to more frequently perform his mix of folk, Celtic and blues-inspired tunes, interspersed with off-beat humor and wry observations about life. https://www.russrentler.com

This concert will be a delight!

**Please be considerate of Clay on Main’s residential neighbors (who park in front of their homes on Main Street) — park in the parking lot for Friedens UCC at 337 Main Street, a few doors from Clay on Main. Enter Clay on Main through the front door into what used to be the living room of the building – now an art gallery. Turn left into what used to be the dining room of the home to enjoy the Dining Room act. Head to the back of the building through the kitchen (still a kitchen), and pick up snacks — chips, dip, pastries, cheese, fruit, coffee, tea, and ice water are provided (BYOB). Continue to the back of the building to the “Half Moon Cafe” for the final concert of the night.

Please bring a few dollars to put in the tip jar for the Dining Room Act and $10 as a donation for the Half Moon Cafe concert. Please bring friends and family. Children are welcome when accompanied by an adult.