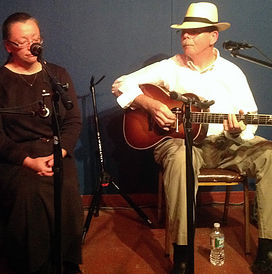 Mike & Paula at the Half Moon Cafe

Join us October 20th for an evening of music from Mike & Paula!

Mike and Paula have been performing together since 1995, years before they opened Meadowood Music.  From the beginning of their musical relationship, they held the belief that sharing music makes life better, that virtuoso performance is breathtaking, but does not replace music that people make together or live music that people share in intimate settings.

To learn more about Mike & Paula and the Half Moon Cafe, click HERE!